Have you ever dreamed about a night in the desert or are you planing one? Spending your time petting a camel, eating delicious food, listening traditional music and most important, watching the starry sky? If yes, this is the article for you.

I will tell you all about my Arabian night story in the Moroccan Sahara, more exactly in Merzouga, so you know exactly what to expect from your future trip.

Back in 2016’s summer, I had the best experience in my life. I was doing international volunteering in Casablanca, Morocco, where I lived with a host family, that I love so much now. One of the perks of having six weeks there, was that it allowed me to travel all over the country.

One of the activities that I’ve done there was an Overnight Desert Trip. I was with my volunteering group and we’ve done this together. We’ve bonded during the night, told stories, shared memories, as well as living a new memory together. Let’s begin the story. 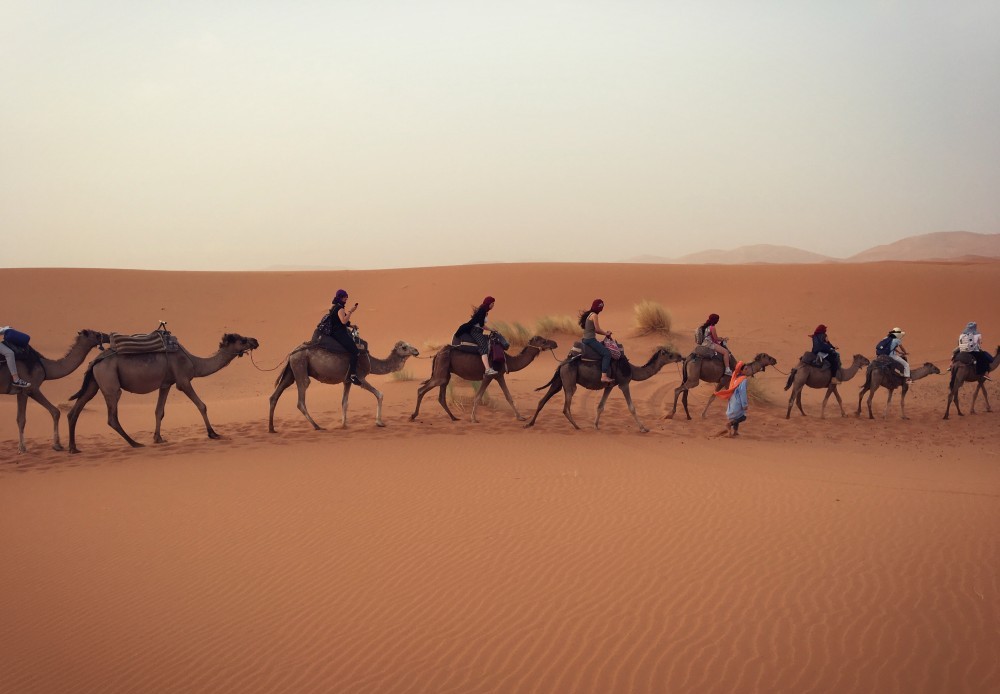 Included in the experience is, of course, riding a camel. For the first time, it was fascinating, especially if you never saw one before. When the tour guides took us to them, it was like entering another world. All of them were peacefully lying on the sand, waiting for us and they were so beautiful, especially with the sunset.

They explained us how to get on them, because trust me, that’s nothing like getting on a horse. Their leg joints allow them to kneel on the sand, where you are able to sit on them, then they’re going to stand. It’s a scary process, because if you don’t hold on tight, you may fall. That is the best moment to bond with the camel.

For the ride, you may need:

When they start walking, they will align themselves to be one in front of another, which creates an amazing scenery. Maybe the only disadvantage of riding a camel is that, if you’re not used to it, your butt will hurt. The trip to the tents was around 30-40 minutes.

Another way to get to the tents is by an ATV, but I feel that the camel is way better if you want to feel like a real nomad.

A lot of people asked me: “How can you sleep in the desert? It’s freezing during the night.” The answer is: it’s not. The temperature only went down a few degrees Celsius. During the evening was around 40 degrees Celsius and during the night, 36-37 degrees Celsius. That is because we weren’t in the middle of it, but on a margin. This kind of trips will not take you that far, so you freeze at night. Maybe the fact that we’ve been there at the beginning of July was a factor as well.

When we got to the camping site, our guides were waiting for us with traditional Berber music and they were ready to feed us tajine, amazing Moroccan food. The scenery is breathtaking and because there’s no electricity there – duh, obvy – just a few electric lamps, you will be able to see the starry sky during the night and maybe spot the Milky Way.

You will witness the locals singing at night, and if you’re feeling adventurous, you can climb up a sand dune and then slide down. But expect a lot of sand in your clothes. 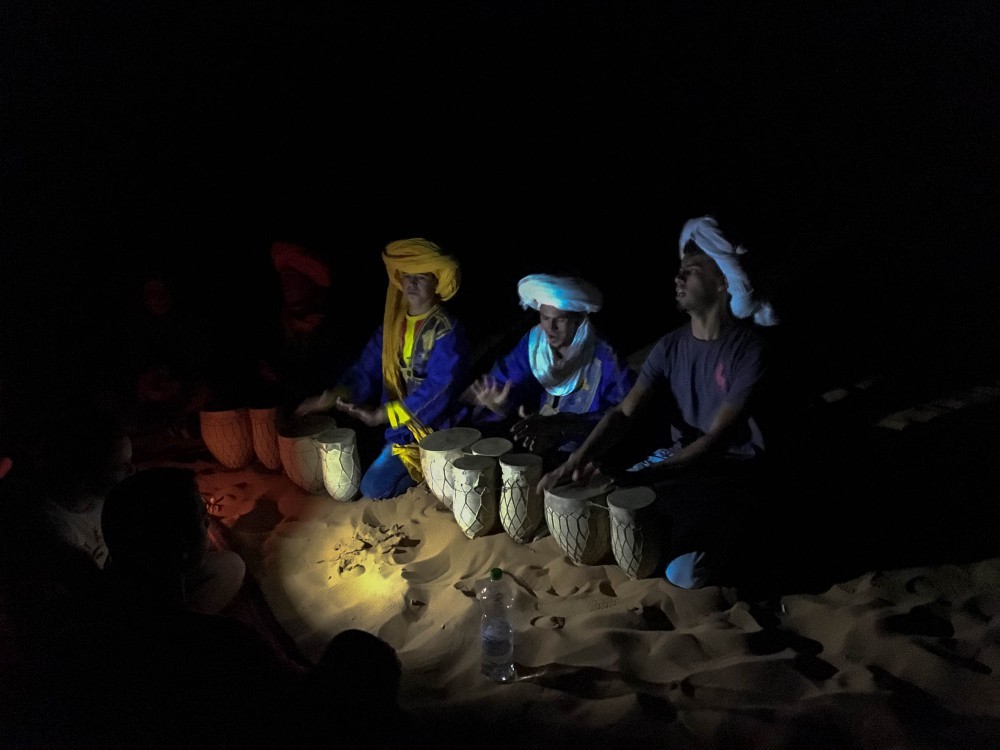 You have the choice to sleep in the nomad tents, or sleep outside, under the moon light. I did the second, although I did not sleep too much, as I couldn’t stop admiring the beautiful surroundings.

The following morning, we were supposed to wake up early, get back on our camels and ride back to the village, so we could see the sunrise on the way. Of course, your butt will hurt again, but the view will be way more important so you will forget about it.

When you come back to reality from this wonderful world of Sahara Desert, you will feel extraordinary, because the experience can definitely change a person. 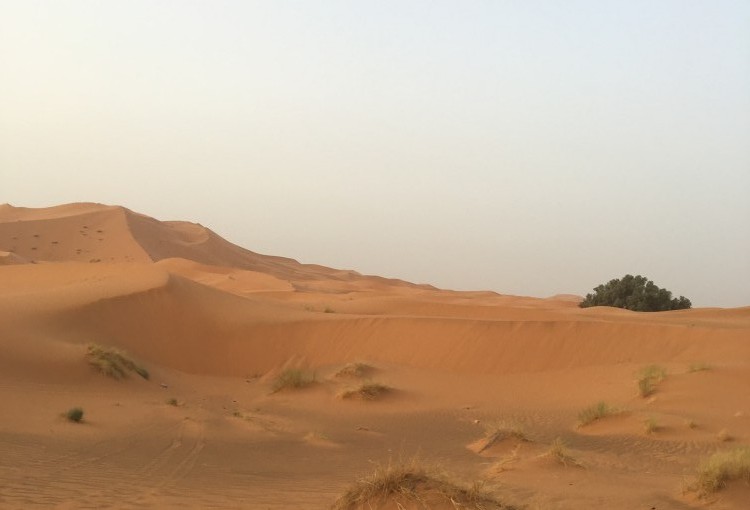 Come on, baby, let’s go to Sahara! In this article, we’ve spoken about how to ride a camel, what you can expect from a night in the desert and the experiences here. Of course, people may perceive it in different ways, because each one of the trips is different, but they have one thing in common: they’re breath taking!

Did I make you curious about it? Go plan! Do you have Arabian nights stories yourself? Share them in the comment section, I would love to read about them!

Be the first to know about the latest articles!