Mongolia isn’t a very popular country to travel to. When I told everyone that I am going there, the reaction was: “What are you going to do there?” or “Wow, no one goes to Mongolia!”. I came to the conclusion that it’s actually a very interesting country, rich in history and very close to nature!

In this article I will tell you everything, starting with the capital, Ulaanbaatar, and what it has to offer, sleeping in a traditional yurt, their food and their wild horses. The adventure was incredible and I would definitely recommend everyone to travel to Mongolia, as it’s a hidden gem of the planet!

I have traveled there by train and when I have arrived I immediately realized it is not a modern city. As I moved towards my accommodation, I saw that not all streets are paved so it might look like what you imagine when you think about the country side. It is very dusty, as a consequence that it’s between mountains.

The people hardly speak any English, so it was a bit hard to communicate, but they try to, and eventually using body language as well, we understood each other. Even like that, they are very kind and friendly with foreigners, so the language barriers won’t be that much of a problem. It may help to have a book with usual Mongolian phrases.

What Can You Do?

1. There are several Buddhist monasteries that are available for visit but the best one is Gandantegchinlen Monastery, having several temples and statues, which are really impressive. Even more if that’s the first time when you see something like this.

2. In the city center, you will find the Sükhbaatar Square, which is bordered by governamental buildings. You will see here a lot of statues, along with the biggest one: the Genghis Khan monument. 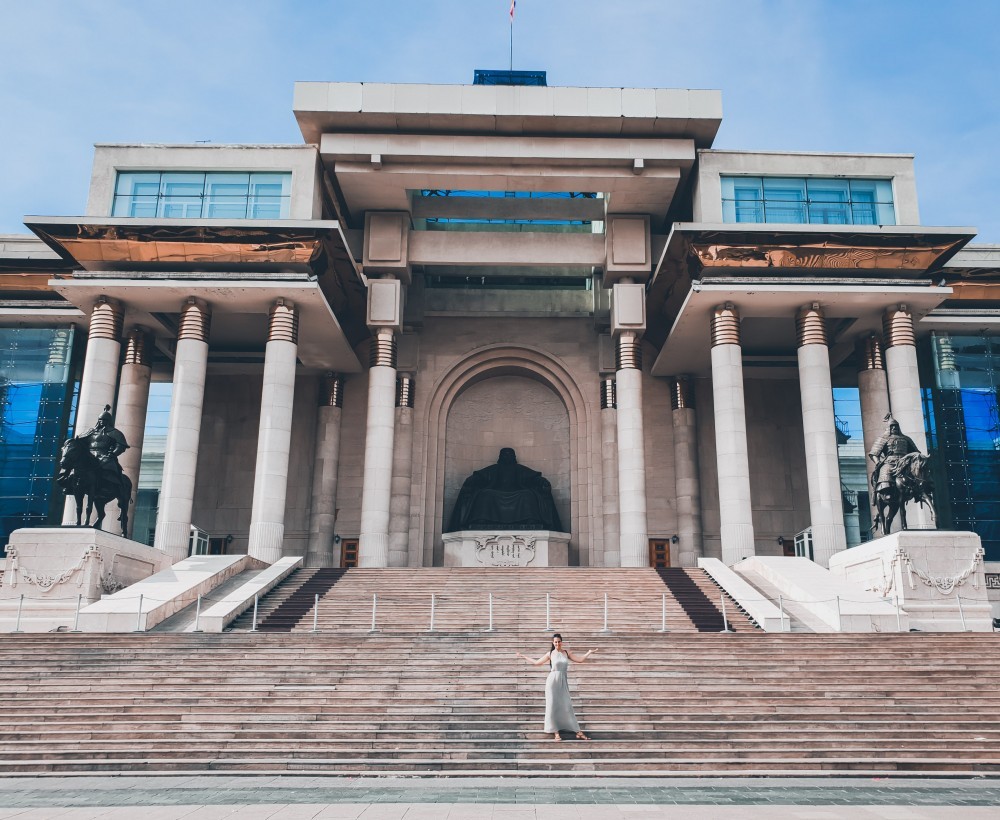 3. Here, in Mongolia, was found a variety of dinosaur bones, so if you want to see them, you will have a chance at Central Museum of Mongolian Dinosaurs. I am a big fan of dinosaurs so I was the happiest here.

4. If you want to find out more about their famous leader, you can visit the Genghis Khan Equestrian Statue, which is impressive because of its greatness. There is also a museum here, where you will be able to learn about him. 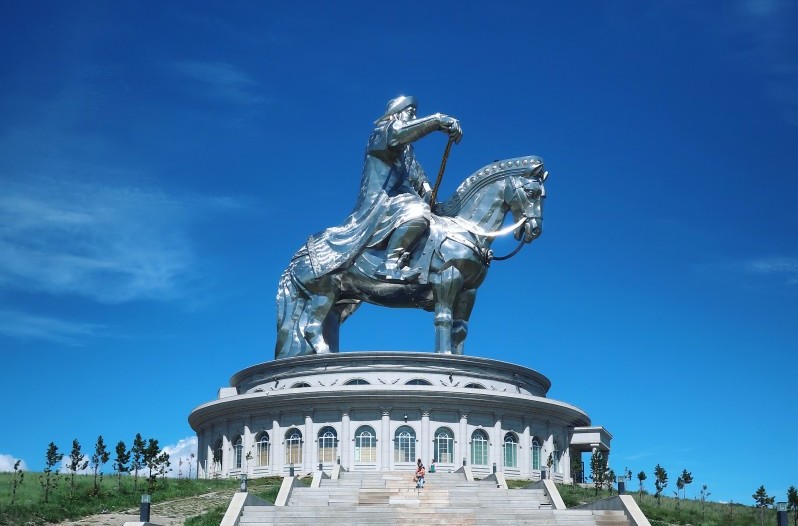 5. If you want to go even closer to nature in this wonderful country, you can visit the Gorkhi-Terelj National Park. I will tell you more about it in the following sections.

One activity that I have missed, because of lack of time, was going to Gobi Desert. I will definitely go back for this! If you have been there, feel free to share your thoughts in the comment section, I would love to read them.

As I mentioned before, I don’t eat meat and most of their traditional dishes are based on that. It was pretty hard for me to find the vegetarian version of their food but what I tried was amazing. I will list them below, along with their drinks: 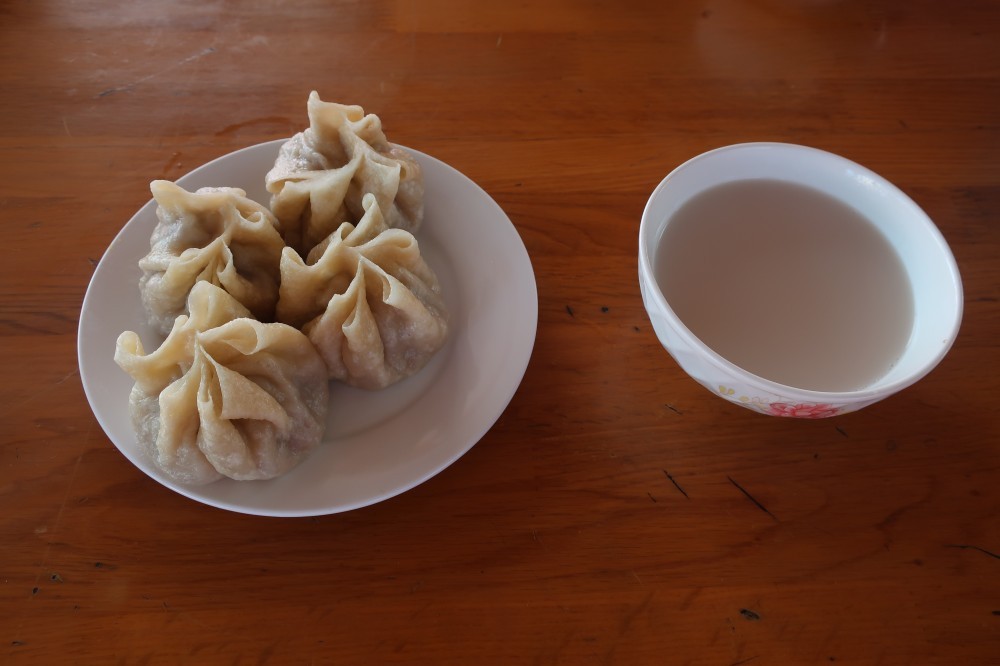 Have you tried any of this? How was it? Let me know in the comment section!

In the Gorkhi-Terelj National Park

The park is a true wonder. I took an overnight tour from my accommodation, meaning that I’d get there, explore around and sleep in a real nomad tent. It takes almost one hour to get there from Ulaanbaatar. You will experience magnificent views that include a lot of these yurts as some people still live in them at the country side and they love it. Depending on the weather, you might need some warm clothes for the night.

I got the chance to explore the village where I’ve stayed, I even hiked the hills and saw the herds of sheep and goats, making everything very relaxing! You can also check the Turtle Rock which you can anticipate from the name, is big rock resembling a turtle, and the Dinosaur Park, where you will find a lot of dino sculptures. Prepare your camera, as you will want a lot of pictures here! 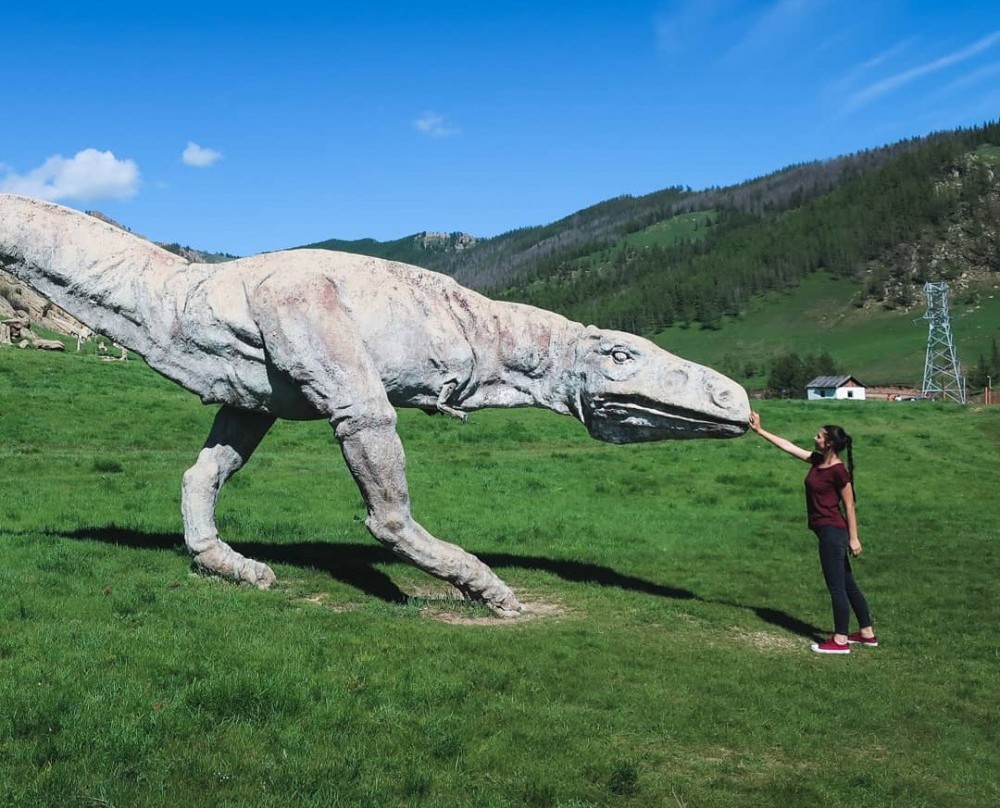 One of the best activities that you can do here is riding a Mongolian horse. They are adorable, being shorter than usual horses and even faster. But before you decide to do it, you need to be aware that they can’t be fully domesticated. It’s in their blood to be wild and free. My horse was named Caramel and at a moment during our ride, he decided that he didn’t like me anymore and threw me off him. Thankfully, I just got a few bruises. So enjoy but be careful!

Looking back, it is a trip that’s worth it, which will get you closer to the nature and appreciate it more. If you want to travel to Mongolia, you should take advantage of everything it has to offer: the capital, the food, the animals, the nature and the views.

Visit the Buddhist monasteries, the Genghis Khan monument, the national park of Gorkhi-Terelj, eat some buuz and try the airag! If you are feeling adventurous, go ride a horse and sleep in a yurt for a night! I guarantee you that you will feel amazing after this!

Be the first to know about the latest articles!